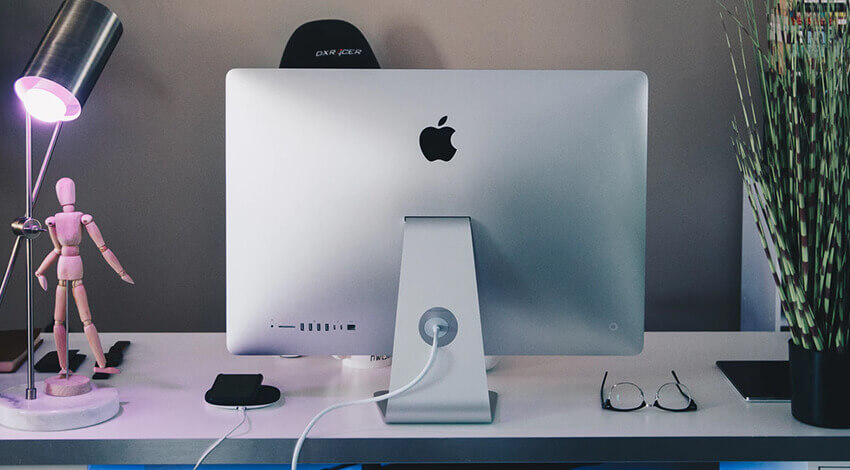 A demarcation line between work and home is getting blurrier each year. If you are anything like me, you can attest to the fact that office is not the only place for work. Nowadays, one no longer has to carry around important files on a thumb drive to get work done. Instead, they can access them on their portable devices, which is pretty convenient due to the ubiquity of wireless 4G connectivity. With the help of modern cloud-hosted file synching solutions, it is possible to both have immediate access to important files and safeguard oneself against data loss.

Unless you’ve been living among Tibetan monks without access to the miracles of modern technology for the last decade, you already know why to store data online. Therefore, rather than harping on about tangible and intangible benefits of cloud storage, I will review the best personal file syncing solutions for Mac users. Let’s start!

The file syncing solution developed by Apple is an easy choice for many Mac users because it is geared toward Cupertino-designed devices. Convenience, slick interface of iCloud Drive app, and Windows compatibility are the main benefits of using the service. It should also be mentioned that it provides its users with 5GB of free storage space. However, when it comes to additional gigabytes, Apple’s offerings are a bit more expensive than those of competitors. Another con of iCloud is a lack of adherence to file-syncing standards.

Backup and Sync by Google is another file syncing service that deserves consideration of the Apple crew members. In addition to being a superb syncing service, Backup and Sync offers solid office-suite collaboration functionality. You can use Google Docs, Sheets or Slides to work as a part of a team, which is an extremely useful addition to simple file syncing. Furthermore, the service comes with (Attention!) 15GB of free storage space, which is something that cannot be overlooked. As for paid storage allotments, they are being doled out at competitive prices – $1.99 per 100 GB, $3.99 per 200GB, and $6.99 per 1 TB. There are, of course, some downsides the main of which is a complicated design. Furthermore, the offline editing feature of Google Docs can be extremely tricky.

The free storage offering of Dropbox is situated well below those of Apple and Google – 2GB. Nonetheless, it is an extremely convenient syncing solution that is also used for collaboration. Given that it can be used on both macOS and Windows-based devices, the service is appreciated by countless customers around the globe. When it comes to pricing, Dropbox doesn’t beat Google but it asks the same price for 1TB of storage as Apple does – $9.99. It has to be mentioned that Dropbox allows its users to control when their links expire, which is a pretty neat feature. However, even though Dropbox makes syncing easy, it is more expensive than similar services. It also doesn’t support online editing.

OneDrive by Microsoft gives away only 5GB of storage space without charging its users. In this regard, the file syncing solution is pretty similar to the one offered by Apple. However, unlike iCloud, OneDrive comes at only $6.99 per 1TB, which makes it far more attractive for cost-conscious users. In addition to really attractive pricing strategy, OneDrive seduces its users with native Microsoft office suite. The service users can avail themselves of the convenient web-based versions of Excel, Word, and PowerPoint. Furthermore, OneDrive offers an online note-taking tool – OneNote. As for the collaboration, the Microsoft service comes extremely close to that of Google, which makes it a more attractive option than iCloud for business use. However, when it comes to personal use, it is not so well-rounded as the Apple’s syncing solution. The safety is also lacking in OneDrive. Taking into consideration the fact that Microsoft is a perennial target for cybercrime, it is really risky to expose sensitive data to ransomware attacks.

Syncplicity is an elegant way to sync files between multiple devices. The service also has one of the coolest names on the market, which should definitely count for something. Although it is less known that its competitors, the syncing solution comes with enterprise-grade features that will be appreciated by personal customers. Specifically, mobile editing will benefit those who are constantly on the road. Syncplicity app allows making PDF annotations, which is really convenient for collaboration. The feature also makes possible signing PDF documents. Overall, Syncplicity is a solid service; however, it less secure than its competitors. It also doesn’t support some common file types, which detracts from the convenience of its users.